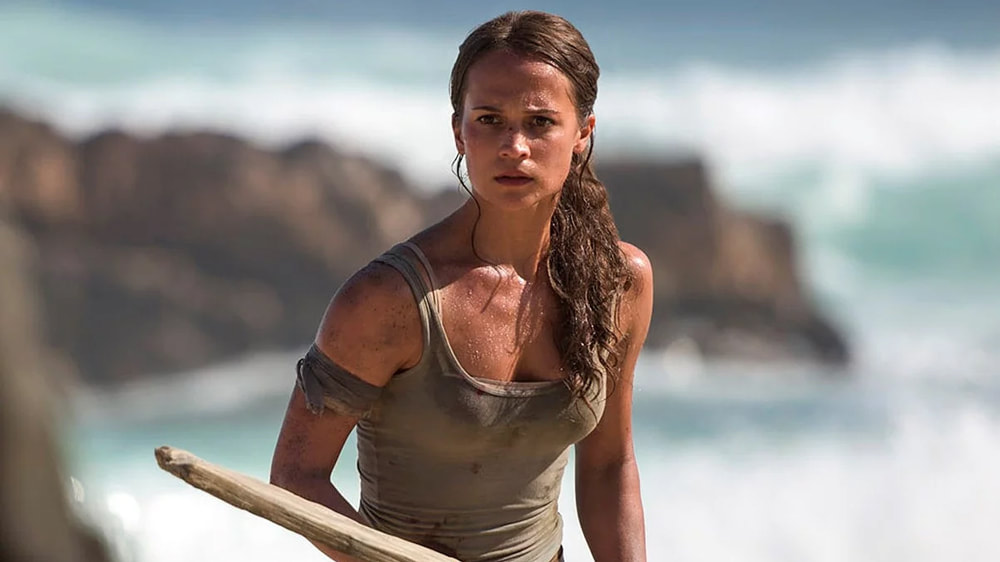 The thing about video games, I’ve learned, is that it’s always about making sure everything that can go wrong will go wrong. And it is with this mentality that the screenwriters composed the 2018 action film entitled Tomb Raider.
It’s a rather enticing name, if I do say so myself—even if, by the time the credits roll, little has been stolen except a few lives. And, to be fair, that was stolen by the tomb itself.
Alicia Vikander is the woman behind a strong, female lead; she’s exactly what audiences came to see. Of course, as Laura, she is more agile and clever than those above her, as protagonists are; however, amid her stubbornness and bravery, she refrains from any choice quips about her gender. She allows Laura Croft to be defined by her own actions, and some lead to her finding herself trapped inside a coffin-enclosed mystery that her father once tried to lock shut.
On a more technical note, the cinematography was beautiful. Sweeping shots follow Laura as she dashes across Hong Kong docs; a shaky camera dashes through a sinking ship with her; and a steady hand walks across the tomb room with the characters. In a world where so many aspects of life are captured by screens, the storytelling through a film must be immersive; and immersive this is.
The CGI is coupled expertly with this; terrifying waves crash over the Endurance, the ship. Although the shots from guns can arguably look cartoonish and fake, it’s not something that has a high level of complaint for me.
There is also the element of coloring: Laura and her father’s memories all consist of similar hues: normally grayish tones with highlights of pink and green. It creates a faded look, but one that is reminiscent nonetheless.
The film was written expertly. Croft, a broke orphan and enthusiastic boxer, seems to have a way of getting in trouble—as seen when she joins a “fox-and-hound” bike race (where herself, as the fox, has to outbike many other competitors as green paint attached to her bike marks her trail) and ends up running into a police car.
And so begins the story of how Laura Croft ends up thrust into a world far more ancient than anything she believes exists and more mysterious than her father’s unfortunate disappearance.
“I’ll be back before you know I’m gone,” her father can be heard saying in Laura’s memories. They have a universal symbol; the kissing of two fingers before outstretching them to the other.
The film blends both faith and fantasy; blends religion and reality. Mathias Vogel, the “bad guy” ready to leave a myth-torn island, just wants to get the tomb of the privately infamous Queen Himiko so he can leave it, and Laura is with him; they both know there is no supernatural substance when regarding the myth of the Queen who was so demonic she killed people by touching them, who was so cruel that every story of her rein “ended in rivers of blood.” Her tomb is real, and that is it.
And even the finding of her father, the great Richard Croft, who firmly believes the Queen is alive and trapped in her coffin, does not sway Laura.
“Ladies first,” Vogel tells her when the tomb entrance is opened. And so Laura goes down into a cave that legend says she should never come back out of.
They make their way through various challenges where various crew members are lost along the way.

And they wait. The tomb is opened. Nothing happens, until it does.

The means for the end of the world lies in a cavern designed to keep people in, but Vogel, holding the key to all of that destruction, has other plans. Laura chases after him, the man who now walks towards leading the demise of the world. She’ll fight for this.
Perhaps, in the end, it is no mystery that the girl who was an expert with the bow would grow up to save hundreds from an imprisonment camp with that same weapon; that she would fight to the death for the man she thought was probably dead; that she would end up saving the world with little more than her own hands.
Despite her dislike of the supernatural and, for her, unbelievable, her story slots in nicely with other hero-like tales. She was a nobody, thrust into a world far different than the one she once knew, and now, she has to fight to know what she never could have imagined.
This is why, I believe, we enter theatres of all kinds: to learn something. Perhaps we learn the importance of family, or strength, or bravery; perhaps we learn that, no matter our pasts, we all have a greater responsibility to those who may never appreciate us or may never care. Perhaps some of us go to reaffirm the belief that myths are myths; but some of us learn that myths, no matter the amount of truth in them, affect us in ways we never could have believed, either: in fights, in bike rides, in adventures far beyond our wildest imaginations.

And perhaps, in the end of it all, Laura Croft becomes something of a myth herself.